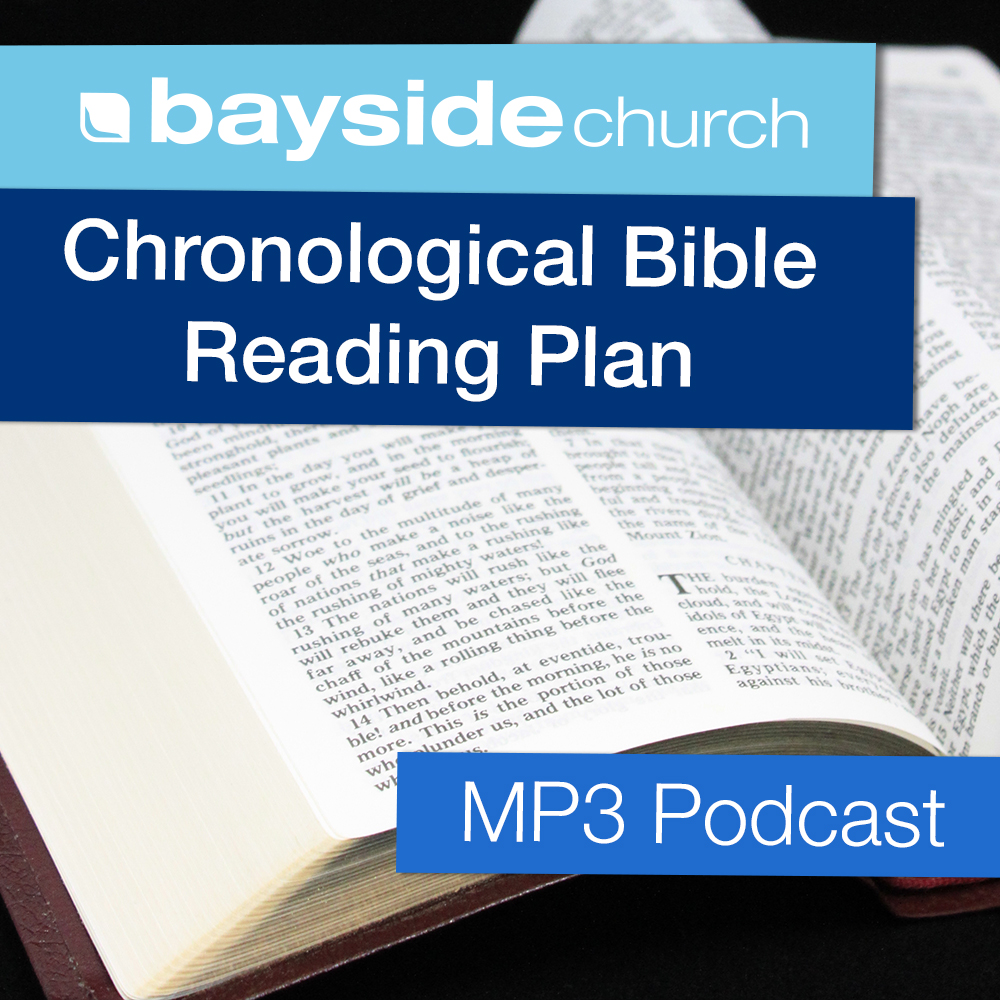 3 This is my defense to those who would examine me. 4 Do we not have the right to eat and drink? 5 Do we not have the right to take along a believing wife, as do the other apostles and the brothers of the Lord and Cephas? 6 Or is it only Barnabas and I who have no right to refrain from working for a living? 7 Who serves as a soldier at his own expense? Who plants a vineyard without eating any of its fruit? Or who tends a flock without getting some of the milk?

8 Do I say these things on human authority? Does not the Law say the same? 9 For it is written in the Law of Moses, “You shall not muzzle an ox when it treads out the grain.” Is it for oxen that God is concerned? 10 Does he not certainly speak for our sake? It was written for our sake, because the plowman should plow in hope and the thresher thresh in hope of sharing in the crop. 11 If we have sown spiritual things among you, is it too much if we reap material things from you? 12 If others share this rightful claim on you, do not we even more?

Nevertheless, we have not made use of this right, but we endure anything rather than put an obstacle in the way of the gospel of Christ. 13 Do you not know that those who are employed in the temple service get their food from the temple, and those who serve at the altar share in the sacrificial offerings? 14 In the same way, the Lord commanded that those who proclaim the gospel should get their living by the gospel.

15 But I have made no use of any of these rights, nor am I writing these things to secure any such provision. For I would rather die than have anyone deprive me of my ground for boasting. 16 For if I preach the gospel, that gives me no ground for boasting. For necessity is laid upon me. Woe to me if I do not preach the gospel! 17 For if I do this of my own will, I have a reward, but if not of my own will, I am still entrusted with a stewardship. 18 What then is my reward? That in my preaching I may present the gospel free of charge, so as not to make full use of my right in the gospel.

24 Do you not know that in a race all the runners run, but only one receives the prize? So run that you may obtain it. 25 Every athlete exercises self-control in all things. They do it to receive a perishable wreath, but we an imperishable. 26 So I do not run aimlessly; I do not box as one beating the air. 27 But I discipline my body and keep it under control, lest after preaching to others I myself should be disqualified.

10 For I do not want you to be unaware, brothers, that our fathers were all under the cloud, and all passed through the sea, 2 and all were baptized into Moses in the cloud and in the sea, 3 and all ate the same spiritual food, 4 and all drank the same spiritual drink. For they drank from the spiritual Rock that followed them, and the Rock was Christ. 5 Nevertheless, with most of them God was not pleased, for they were overthrown in the wilderness.

6 Now these things took place as examples for us, that we might not desire evil as they did. 7 Do not be idolaters as some of them were; as it is written, “The people sat down to eat and drink and rose up to play.” 8 We must not indulge in sexual immorality as some of them did, and twenty-three thousand fell in a single day. 9 We must not put Christ to the test, as some of them did and were destroyed by serpents, 10 nor grumble, as some of them did and were destroyed by the Destroyer. 11 Now these things happened to them as an example, but they were written down for our instruction, on whom the end of the ages has come. 12 Therefore let anyone who thinks that he stands take heed lest he fall. 13 No temptation has overtaken you that is not common to man. God is faithful, and he will not let you be tempted beyond your ability, but with the temptation he will also provide the way of escape, that you may be able to endure it.

14 Therefore, my beloved, flee from idolatry. 15 I speak as to sensible people; judge for yourselves what I say. 16 The cup of blessing that we bless, is it not a participation in the blood of Christ? The bread that we break, is it not a participation in the body of Christ? 17 Because there is one bread, we who are many are one body, for we all partake of the one bread. 18 Consider the people of Israel: are not those who eat the sacrifices participants in the altar? 19 What do I imply then? That food offered to idols is anything, or that an idol is anything? 20 No, I imply that what pagans sacrifice they offer to demons and not to God. I do not want you to be participants with demons. 21 You cannot drink the cup of the Lord and the cup of demons. You cannot partake of the table of the Lord and the table of demons. 22 Shall we provoke the Lord to jealousy?Are we stronger than he?

Do All to the Glory of God

31 So, whether you eat or drink, or whatever you do, do all to the glory of God. 32 Give no offense to Jews or to Greeks or to the church of God, 33 just as I try to please everyone in everything I do,not seeking my own advantage, but that of many, that they may be saved.

2 Now I commend you because you remember me in everything and maintain the traditions even as I delivered them to you. 3 But I want you to understand that the head of every man is Christ, the head of a wife is her husband, and the head of Christ is God. 4 Every man who prays or prophesies with his head covered dishonors his head, 5 but every wife who prays or prophesies with her head uncovered dishonors her head, since it is the same as if her head were shaven. 6 For if a wife will not cover her head, then she should cut her hair short. But since it is disgraceful for a wife to cut off her hair or shave her head, let her cover her head. 7 For a man ought not to cover his head, since he is the image and glory of God, but woman is the glory of man. 8 For man was not made from woman, but woman from man. 9 Neither was man created for woman, but woman for man. 10 That is why a wife ought to have a symbol of authority on her head, because of the angels. 11 Nevertheless, in the Lord woman is not independent of man nor man of woman; 12 for as woman was made from man, so man is now born of woman. And all things are from God. 13 Judge for yourselves: is it proper for a wife to pray to God with her head uncovered? 14 Does not nature itself teach you that if a man wears long hair it is a disgrace for him, 15 but if a woman has long hair, it is her glory? For her hair is given to her for a covering. 16 If anyone is inclined to be contentious, we have no such practice, nor do the churches of God.

17 But in the following instructions I do not commend you, because when you come together it is not for the better but for the worse. 18 For, in the first place, when you come together as a church, I hear that there are divisions among you. And I believe it in part, 19 for there must be factions among you in order that those who are genuine among you may be recognized. 20 When you come together, it is not the Lord’s supper that you eat. 21 For in eating, each one goes ahead with his own meal. One goes hungry, another gets drunk. 22 What! Do you not have houses to eat and drink in? Or do you despise the church of God and humiliate those who have nothing? What shall I say to you? Shall I commend you in this? No, I will not.

23 For I received from the Lord what I also delivered to you, that the Lord Jesus on the night when he was betrayed took bread, 24 and when he had given thanks, he broke it, and said, “This is my body which is for you. Do this in remembrance of me.” 25 In the same way also he took the cup, after supper, saying, “This cup is the new covenant in my blood. Do this, as often as you drink it, in remembrance of me.” 26 For as often as you eat this bread and drink the cup, you proclaim the Lord’s death until he comes.

27 Whoever, therefore, eats the bread or drinks the cup of the Lord in an unworthy manner will be guilty concerning the body and blood of the Lord. 28 Let a person examine himself, then, and so eat of the bread and drink of the cup. 29 For anyone who eats and drinks without discerning the body eats and drinks judgment on himself. 30 That is why many of you are weak and ill, and some have died. 31 But if we judged ourselves truly, we would not be judged. 32 But when we are judged by the Lord, we are disciplined so that we may not be condemned along with the world.

12 Now concerning spiritual gifts, brothers, I do not want you to be uninformed. 2 You know that when you were pagans you were led astray to mute idols, however you were led. 3 Therefore I want you to understand that no one speaking in the Spirit of God ever says “Jesus is accursed!” and no one can say “Jesus is Lord” except in the Holy Spirit.

One Body with Many Members

12 For just as the body is one and has many members, and all the members of the body, though many, are one body, so it is with Christ.13 For in one Spirit we were all baptized into one body—Jews or Greeks, slaves or free—and all were made to drink of one Spirit.

21 The eye cannot say to the hand, “I have no need of you,” nor again the head to the feet, “I have no need of you.” 22 On the contrary, the parts of the body that seem to be weaker are indispensable, 23 and on those parts of the body that we think less honorable we bestow the greater honor, and our unpresentable parts are treated with greater modesty, 24 which our more presentable parts do not require. But God has so composed the body, giving greater honor to the part that lacked it, 25 that there may be no division in the body, but that the members may have the same care for one another. 26 If one member suffers, all suffer together; if one member is honored, all rejoice together.

27 Now you are the body of Christ and individually members of it.28 And God has appointed in the church first apostles, second prophets, third teachers, then miracles, then gifts of healing, helping, administrating, and various kinds of tongues. 29 Are all apostles? Are all prophets? Are all teachers? Do all work miracles? 30 Do all possess gifts of healing? Do all speak with tongues? Do all interpret? 31 But earnestly desire the higher gifts.

And I will show you a still more excellent way.